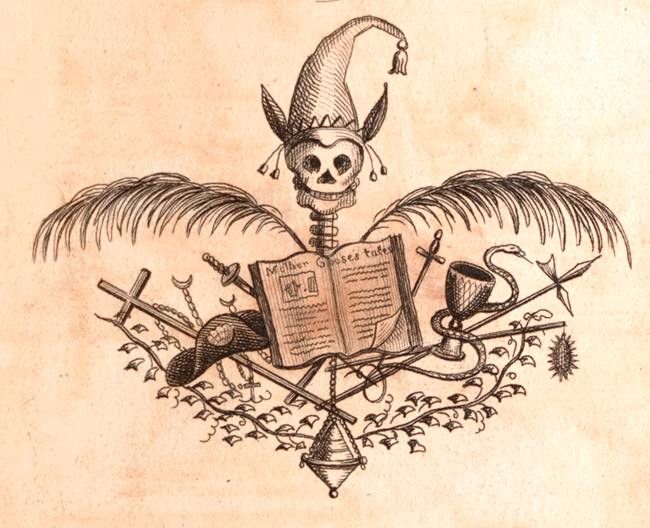 As I mentioned in one of my earlier posts, the original Gothic tradition met with some pretty extreme ambivalence from other writers and pretty staunch criticism from reviewers in the late eighteenth century. Matthew G. Lewis—the writer of The Monk, who also happened to be an MP—got the brunt of abuse from those critical of his stories of terror and gore.  He mentions in one of his many undated letters to his mother, “You will observe that the Morning Herald continues to call [me] Monk Lewis, and to abuse me as much as formerly.” Though The Monk and much of Lewis’s poetry push the boundaries of the genre he helped create, I have found much of Lewis’s drama, including his best-known play, The Castle Spectre, to be surprisingly cautious and even conservative in terms of the supernatural. [i] In the same letter, however, he describes the failure of his play The Captive, which “proved much too terrible for representation, and two people went into hysterics during the performance and two more after the curtain dropped. It was given out again with a mixture of applause and disapprobation….”[ii]  Lewis, persisting in his penchant for creating tales of wonder and terror, was, nonetheless, not writing from an ivory tower but seemed keenly aware of the reception of his works. His letters reveal him to be especially sensitive of the impact his scandalizing works would have on the reputation and sensibility of his family, and he apologized profusely to his father for the outcome of The Monk, blaming his misjudgment of its reception on his youth (he was only 19 when it was published). After that, he sent some of his literary endeavors to his mother or his sister to edit for objectionable passages and eventually released a censored version of his novel.
Attracting severely negative attention from critics, Lewis also attracted his fair share of parody and satire.  The anonymous collection of poems, Tales of Terror followed the publication of his own collection, Tales of Wonder, an accumulation of original poems by himself and others such as Sir Walter Scott and Robert Southey as well as translations of German pieces. There is no evidence to suggest that Lewis is in any way associated with Tales of Terror beyond being the model for its creation: it is unlikely that he contributed to it in any way, and it is a mistaken attribution in an early biography and a later combined version of Tales of Terror and Wonder that instilled this misguided authorship through to the present time (Thomson 239).[iii] One poem in particular found in Tales of Terror, “Grim, King of the Ghosts; or the Dance of Death” is dedicated to Lewis, making it especially improbable that he was involved in its authorship. On the other hand, it is thought that Tales of Terror ridicules and reproaches Tales of Wonder by its exaggerated mimicry of it. This also seems unlikely or overly simplistic, at best. Douglass Thomson says, in his article on the relationship between the two texts, that Tales of Terror is “less an attack on Lewis than an homage to him, a carrying-on of the good fun that Lewis had with his own production. ‘Grim’ underscores the fact that that parody is, if not the sincerest form of flattery, at least a form of imitation and tribute” (17).[iv]
In a very roundabout way, this fine line between condemnation and appreciation is the point I want to make in this post, and it extends beyond these two published volumes. Lewis was a source of criticism and disdain, as well as humor and real adoration in many contexts. I recently discovered a fantastic little “tribute” to him in the National Library of Scotland, a fourteen-page poem entitled “The Old Hag in a Red Cloak: A Romance,” attributed to George Watson-Taylor.  On the surface, the moral of the story and last stanza of the poem seems to make it very clear that the writer disapproves of Lewis’s antics:
If you wish me the moral, dear Mat, to rehearse,
‘Tis, that nonsense is nonsense, in prose or in verse,
That all, who to talents claim any pretense,
Should write not at all, or should write COMMON SENSE.

However, if the writer disagrees with Lewis’s style or subject matter, it certainly does not stop him from reading more or less everything that Lewis has ever written.  Only half of those fourteen pages contain the short poem. The bottom half of each page boasts two or three extensive footnotes detailing each and every reference to a line or a character in one of Lewis’s works.  For example, the first page reads:
Matthæus was little, Matthæus was young,
Of wonders he chanted, and quaintly he sung; i
Thro’ fire, and water, and clouds could he see, ii
For this bard, a profound necromancer was he. iii
i. “Lord Ronald was handsome, Lord Ronald was young,  / The Greenwood he travers’d, and gaily he sung, &c.” “The Grim White Woman”
ii. The Cloud King, the Water King
iii. This spectre, the Grim White Woman she was.
Matthæus is, of course, Matthew Lewis, referred to for most of the poem as simply “Mat.” The plot follows the consequences of Mat refusing to give a poor old woman a sixpence to buy some bread. The old woman turns out to be Mother Goose, a witch-like figure who torments him for both denying her the money and getting her kicked out of bookshops. She calls on all of the creatures of her literature to accost him. He tries to call on his own creations, but they fail him, and he is forced to admit that she rules the “realms of romance” and to vow to write more appropriate literature. Most of the footnotes just relate the lines from the particular poem the writer is mocking, but others give more detailed information. One provides a laundry list of “ghosts and hobgoblins, and horrible shapes” found in popular romances of the day, with which the reader should be familiar. This guy has done his homework! As Thomson says, “as imitation of a pre-existing style comprises an essential feature of parody, this satiric mode especially depends upon a degree of identification with its satiric object” (2). It’s clear from the detailed lists of Lewis’s creatures throughout the poem that a real enjoyment went into describing them, even though it is hidden behind the guise of criticism. I might suggest that it feels like a guilty love-letter to a writer and type of writing that had become fashionable to criticize but also fashionable (among a different sort, perhaps) to read. Crafting a poem with such subject matter, despite the didactic symbolism and moral, also speaks to a writer who has learned a thing or two from what he has read. It speaks to the complicated love/hate relationship endured by the Gothic as well as the Gothic tradition’s invitation to parody and a little bit of fun.

[i] At least part of the reason for this caution is due to the censorship restrictions on drama and the uneasiness with showing the supernatural on stage. Jeffrey Cox has a fantastic explanation of this in his introduction to Seven Gothic Dramas, Ohio University Press, 1993.
[ii] “The Captive” closed in 1803, so this letter was sent sometime after March of that year. The letter is simply dated “Wednesday___”. Papers Concerning Matthew Gregory Lewis, 1792- circa 1834.
[iii] Douglass Thomson gives a thorough overview of this in an appendix about Tales of Terror in his 2009 Broadview edition of Tales of Wonder.
[iv] Thomson, Douglass H. “Mingled Measures: Gothic Parody in Tales of Wonder and Tales of Terror.” Romanticism and Victorianism on the Net. (May 2008) 50: 22 paragraphs. http://www.erudit.org/revue/ravon/2008/v/n50/018143ar.html