We bookish types are worried about our books. Articles, conferences, discussions, podcasts and references in all the social media about the future of libraries and of reading have become common and seemingly endless. Physical books versus internet sources, libraries versus digital texts, bookstores versus ebook orders, even letters versus emails. It seems that, when

we talk about the increasing popularity of the digital humanities, the word “versus” inevitably comes into use, despite our best intentions. But, should it, and why? That’s one of the many questions that came up throughout a one-day conference at The College of Physicians of Philadelphia on December 6th in celebration the astounding 225th anniversary of its library. The conference was titled, “Emerging Roles for Historical Medical Libraries: Value in the Digital Age,” and was comprised of five speakers from different perspectives, all dealing with historical medical libraries in some capacity and highlighting what they considered to be the values and stakes of this “versus” debate. Below, I’ve gathered some of the points made during each scholar’s talk, points that I found relevant for anyone invested in libraries and research. For more detail about the conference program, visit the library website.

Jacalyn Duffin on the archive as treasure hunt:

Dr. Duffin presented her experiences with texts that had been reprinted through several editions across many libraries as she stumbled across other texts and historical figures through library exploration: she spoke to archivists and librarians, poked around shelves, and paid close attention to marginalia and illustrations. Sounds like the typical book-loving-researcher’s story: reassuring to hear and gratifying with which to agree. She also discussed the cost of knowledge, however: how does digitization affect cost, and is this effect positive or negative? Editions of the books she was researching went from expensive, to print on demand, to digitized on ECCO (though only for a university audience). Despite these changes, she reiterated that space and place are still incredibly important in understanding the book and its contexts. Duffin ended by posing a familiar question, with a haunting response: “Why libraries? Maybe we won’t know why we need them until they’re gone.” 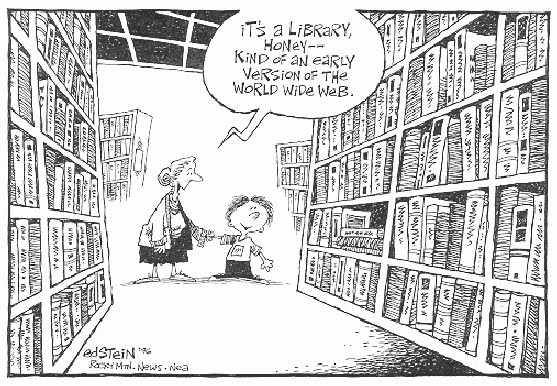 Jeffrey Reznick on methods of assessing libraries from a national perspective:

Dr. Reznick brought the perspective of the National Library of Medicine and discussed methods of assessing libraries as well as his own experiences as a reader. Much of his talk referenced other books and sources on the topic, showing a myriad of different perspectives. Some of the many I found myself furiously copying into my notes include: IndexCat, Library 2020, and Circulating Now.

Nancy Cervetti on the library as place of creative power:

Dr. Cervetti brought perhaps the strongest literary perspective to the conversation, providing a list of exciting texts about literary depictions of archives and written materials, peppering her talk with quotes from Foucault and Derrida. She herself had begun as a scholar of literature who, through archival digging, started leaning towards history of medicine, particularly related to Weir Mitchell (who famously invented the “rest cure”). As Duffin did, Cervetti stressed the importance of being present in the archive in order to interact with librarians and to make discoveries through exploration, creating a multidimensional understanding of a subject rather than simply gathering information.

Mary Fissell on books as records of readers and readership:

Dr. Fissell shared her experiences using the College of Physicians Library collections in order to trace the readership of books through marginalia, looking at the book as an artifact that has its own subtext hidden in individual detail. Her work with recipe books showed readers interacting with the text and using it to keep track of experiences. She reiterated previously-made points about respecting and valuing the physical book for its differences among editions and the information its size, texture, and material can bring to our understanding of it. At the same time, she could not have pursued her project without the aid of digital archives and resources. The digital can help us use the archive and vice versa. They should be seen as tools to aid each other.

Simon Chaplin on rebuilding the library:

Dr. Chaplin is the head of the Wellcome Library in London, a “free library for the incurably curious,” its strength in the medical humanities. The Wellcome is in the process of remodeling its library and museum space, and Chaplin discussed the techniques of the library to boost its readership to match its museum patronage. The library will intertwine the library with the museum, making it easier for visitors to stumble upon (a key phrase throughout the conference) and make discovers by whim, according to a thematic organization. This new design speaks to a re-prioritization of the library to include more things. Accessibility and applicability will make it a place visitors want to explore. “Libraries don’t have to die!” he claims. They simply need to be willing to change and help people recognize what they already do so well: to “create questions where none existed previously.”

While all five speakers lauded the advantages and the joys of archival research, celebrating the place, space, contacts, and objects of books, some of the questions posed by the audience spoke to the dangers of denying the practicalities and the benefits of digitization in favor of over-romanticizing the rare book archive. I have heard sessions at conferences and by visiting speakers, either in vague praise of ever-changing technological advances in the humanities or full of anxious or romanticized defense of libraries: however, it seems both more useful and more difficult to discuss how these two archival methods complement each other. When questions arose pleading the necessity of digitization and online research, the speakers were very eager to admit that, of course, they never could have done their research without preliminary or follow-up investigation.
Yet, why does this feel like a concession? We’re worried about our books and their

disappearance. Yes, libraries are in danger, for many reasons that I will not go into here, but perhaps it’s time to ease back from the admirable and protective tributes to libraries and focus on the strengths and weaknesses of the two types of research as they work together. This topic would be extremely complicated and (perhaps) contentious but would perhaps also help us to cement an inseparable relationship between the two and to achieve a vocabulary for talking about that bond that can support libraries better than a spirited defense. We don’t need libraries or online archives. What we need is both.
Dr. Brandy Schillace has also covered this event on her excellent blog, The Daily Dose!