…or is it simply a by-product of the Western influence?
I’ve been googling the term Gothic romance in the Balkans, and in certain Balkan countries, apart from getting the search results connected to the Gothic genre and how it came into existence, not much information appeared,  specific to that part of the world, in literature, film or any other medium. I did, however, find articles and news reports of the Gothic as a lifestyle, fashion statement and part of the music genre, a “movement” that I belong to as well, but that is a story for a different post. In this post, I would like to focus more on the Gothic genre or the lack of its presence, other than the historical one, on the Balkan territory. 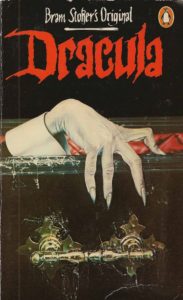 “Travelers, writers, even early anthropologists, visited the Balkans and then put their experiences into paper, to be shared with the rest of the European public. These early accounts of the Balkans have contributed in shaping the public’s opinion as to the perception of the unity of the Balkans as a whole and as to what is the Balkan Identity. Some of the stereotypes that surround the term Balkan are evident in these early works and, of course, are, even subconsciously so, compared with the western European perceptions of what is civilized. As a result the Balkan is presented as an ‘other’…”[1]
The result of this presence of writers from other countries in the world was the creation of some of the most popular fiction works that we study and analyse today, hence we have:
“…Lord Byron’s romantic poems about Greece, ‘The Prisoner of Zenda’ by Anthony Hope, Agatha Christie’s ‘The Secret of Chimneys’, Horace Walpole’s ‘The Castle of Otranto’ and the romantic gothic novel ‘Carmilla’ by Joseph Sheridan Le Fanu, one of the first novels to launch the ’vampire’ in literature.”[2]
All of them wrote about the landscape and the way of life in this strange, unknown and mysterious part of the world, but they didn’t use the real names of the places they were using as templates for their work, simply and possibly because they didn’t “sound rather genuinely ‘Balkan’.”[3] However, the most famous piece of fiction to date that explores the otherness of the Balkans is Bram Stoker’s Dracula, a beloved novel that changed everything in Gothic fiction.
I will not dwell on the subject of the novel, or the Balkan-ism of the same, instead I will try and connect some certain motifs with another work of fiction but in a different medium, a film by Dorde Kadijevic called Devicanska Svirka (A Maiden’s Song, A Song of Virgins, 1973). 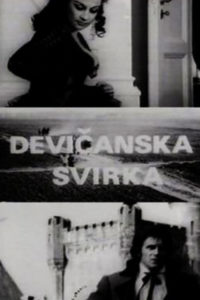 During my research, what struck me as familiar while watching this unique film, and very atypical for the area and the time when it was filmed (during Yugoslavia’s existence, and on the brink of the so called Black Wave in Serbia, a movement that gave the artists, the filmmakers the opportunity to express themselves freely, without the shackles of the partisan propaganda at the time). Devicanska svirka follows a young man, Ivan (Goran Sultanovic), who ends up in the middle of nowhere in the rural setting of Serbia, and can’t get back to the city, the “civilisation”. Instead, he finds that a haunting melody that he hears comes from a nearby house on the hill, which is said to be haunted, according to the villagers. He meets the mistress of the house, beautiful and mysterious Sibila (Olivera Katarina), who lures him inside the house, from where Ivan, it seems, can’t get out of anymore, no matter how hard he tried. The first scenes of our protagonist travelling in the coach through the ominous rural landscape delightfully reminds of Jonathan Harker’s travel to the Dracula castle, the communication with the villagers who have the fear of the house itself and what dwells inside. The overall ominousness of the house is presented during daytime, which makes it even scarier, and more real. These, and other elements presented in an ingenious style of filming by Kadijevic, who is one of the most successful directors in Serbia, explore the Gothic in the Balkan setting, the uncivilised part of the world to many of the writers and filmmakers that sends chilling shivers down our spines with the idea of horror and terror and the unfamiliarity of the landscapes that are yet to be discovered by the rest of the world. Whether or not the Gothic as a genre existed at the time in this area, or whether it was a by-product of Western, more popular influences, its presence certainly cannot be ignored or denied. Nevertheless, is it here to stay, in the more contemporary setting, or was this only a one off occasion of the Gothic penetrating into the consciousness of the Balkan audiences?
Stay tuned for my next post to find out more!

One Reply to “The Gothic in the Balkans: Does it Really Exist?”