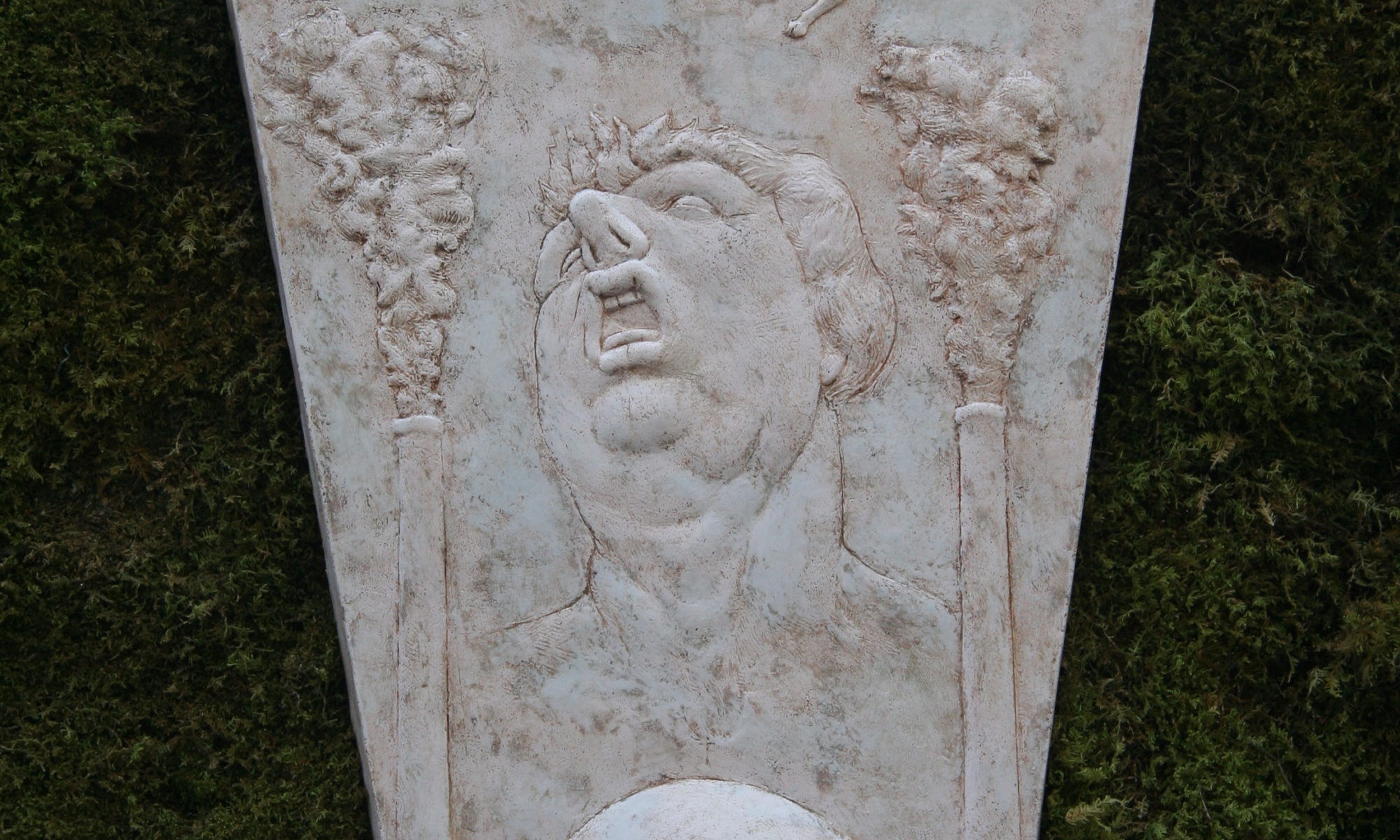 My hometown does not change much. I grew up in what the locals—aptly, I think—call a village about a fifteen-minute drive away from Princeton University. Each time I return, there is just a bit more construction, but change happens there so slowly that I will always notice when a door has been repainted or a coffee shop has switched its logo.

Upon my summerly return, walking on Nassau Street, the main road around which Princeton life is centered, I noticed a stark transformation. Between two shops that have been there ever since I can remember, an alleyway had been turned into a public art exhibit—and about the Romantics, no less.
The once-empty alley was now called Dohm Alley, and a placard adorned the entryway featuring a blurb about Keats’s concept of negative capability, what I would learn was the inspiration for the installation. Although negative capability, of course, speaks to a great writer’s ability to dwell in uncertainties, and the installation presented itself more as the poets’ words rendered into three-dimensional space, Keats’s theory seemed appropriate for the pieces in the alleyway that treated the poets’ relationships to their work during the turbulent turn of the nineteenth century. On one end of the alley, a sculpted chimney sat on the ground, and on the other, sculpted reliefs of the big six, each by different artists, adorned the wall, as if to bear witness to this symbol of industrialization across the way.
I was able to speak to Steve Weiss, one of the relief sculptors, who had chosen to create the Blake piece. Weiss had been “taken years ago,” he told me, by Blake’s “Head of a Damned Soul” print, which features a man’s face contorted in extreme affective intensity. Weiss later encountered Blake’s life mask, which captures his nostrils flared, suggesting that he had had tubes up his nose for the project. Weiss liked this idea of the flared nostrils, which evoked not only a body imbued with life and breath but also a subject filled with strong emotion (particularly, he said, in opposition to the exploitation of chimney-sweeps during the Industrial Revolution). He wanted to incorporate this feeling into the work: Blake with nostrils flared, and, rising out of his head, figures of his industrializing reality and his responsive, lively imagination.
Because we do not often look up as pedestrians, especially if we are city-dwellers, I noticed what was at eye-level first. At one end of the reliefs was a stone into which water dripped and an excerpt from Keats’s “This Living Hand”— his final poetic fragment before he died—hung above. Cued by the words, I followed the stream of water to its source and found sculptor Kate Brockman’s work, a giant hand with a quill in it, presiding over the entire alleyway. From there, water flowed down to the stone, which then channeled the stream downwards across the reliefs and back through an apparatus to return to the hand.
During my conversation with designer Peter Soderman, he spoke enthusiastically about Keats as the lifeblood of Dohm Alley. Brockman’s artistic rendering of “This Living Hand” made this manifest, an engine driving this stationary alleyway into the imagination of pedestrians. What does it say that this alleyway is one response to reading the Romantics in our moment? What does this alleyway say of the Romantic Period, and of ours? Projects that bring public art and the humanities together prove generative of such questions about time, history, community, interpretation, and collaboration.
As I left the alleyway, I looked back at the crowds who had gathered there: some to read the informational placards, some to enjoy the artwork, some to sit by the reliefs and do their own reading. I wondered if their relationships to the alleyway were similar to mine, but I hoped they were not. For the power of the space was to enable a diversity of appreciation, surprise, and wonder. The long-overlooked and underused alleyway became a shared, though not homogeneous, experience, one with pedagogical and aesthetic qualities, and it is another testament to the potential of the public humanities to bring poets past to passersby present.

(Photo provided by artist Steve Weiss. More information about Dohm Alley can be found at dohmalley.org)

This site uses Akismet to reduce spam. Learn how your comment data is processed.