It’s been a half century since the publication of Monopoly Capital: An Essay on the American Economic and Social Order.[ref]Paul Baran and Paul Swezy, Monopoly Capital: An Essay on the American Economic and Social Order (New York: Monthly Review Press, 1966).[/ref] The book was written by the American Marxist economists Paul Baran and Paul Swezy. Monopoly Capital advances a trenchant critique of advanced industrial capitalism. Still salient, the book remains important for romanticists invested both in the Marxist tradition in critical theory, and the project of tracing the eighteenth-century British origins of contemporary constellations of global capitalist political economy. In this post, I return to Monopoly Capital, trace the text’s key contours, and argue for both its importance for understanding aspects of the contemporary ecological predicament, and the need to update Baran and Swezy’s ideas according to the concept of “disaster capitalism.”[ref]See Naomi Klein, The Shock Doctrine: The Rise of Disaster Capitalism (New York: Picador, 2007); Antony Lowenstein, Disaster Capitalism: Making a Killing out of Catastrophe (London: Verso, 2015).[/ref]
END_OF_DOCUMENT_TOKEN_TO_BE_REPLACED

I was lucky enough, during one of the few trips I made into London from the West Country via rail, to catch a musical performance of Coleridge’s Rime of the Ancient Mariner by the Trad Academy Sea Shanty Choir at historic Wilton’s Music Hall. The show was at 7:30 pm on 15 July, a Saturday; and because the last train back to Templecombe would leave Waterloo Station at precisely 9:20, I had to find lodgings in London for that night or risk getting “locked out” and, possibly, forced to pay through the nose for a few restless hours in a room that didn’t fit into my budget (this had happened once before, but is a story for a different day). I booked a room for that night in a nearby Chamberlain’s (the pub chain) hotel about a ten minute walk from the music hall. I showed up there several hours early, ate fish and chips, requested “iced tea” as my complimentary beverage (to the utter dismay of the bartender), climbed the five flights of stairs to my room (for the lift was broken), and took a nap. After the 140-minute train ride in, and another two hour walk from the station (I refused to pay for a cab), I knew that I needed to sleep or I would be unable to savor the coming performance.
END_OF_DOCUMENT_TOKEN_TO_BE_REPLACED

Students in survey poetry courses often encounter poems in anthologies. Poetry anthologies are comparatively inexpensive and well edited, and they offer an eclectic mix of brilliant work from a diverse set of authors. Much like the poems they contain, though, anthologies themselves can become sites of deep critical inquiry and fantastic resources for instructors wishing to train students on matters of book history and editorial practices. Margaret Ferguson, Mary Jo Salter, and Jon Stallworthy’s The Norton Anthology of Poetry (2005) offers a case in point: the decisions that the editors made when presenting John Keats’s famous ballad, “La Belle Dame sans Merci,” reveal some of the difficult choices that editors must make when compiling an anthology, and become an occasion for exploring the competing versions of Keats’s poem and the ways in which historical and contemporary editors have shaped its meaning.
END_OF_DOCUMENT_TOKEN_TO_BE_REPLACED

I recently took a class in post-colonialism which was subtitled “Place and Space in Contemporary Anglo-American Literatures.” The professor wanted us to think like real estate agents: that is, to always be repeating the mantra “location, location, location” as we read various contemporary texts. One of the novels we read for class was V.S. Naipaul’s The Enigma of Arrival, the autobiographical story of a Trinidadian writer who retires to the English countryside in Wiltshire, living in a guest cottage on the edge of a manor that has fallen into disrepair.
END_OF_DOCUMENT_TOKEN_TO_BE_REPLACED

From the Fireplace to the Furnace: Journal Publishing from a Graduate Student’s Perspective
Devoney Looser’s recent article on journal publishing for graduate students and early-career scholars is as funny as it is informative. I certainly have fallen victim to imagining journal editors as either angels singing hymns of praise while reading my work or devils condemning my work and me to the furnace of eternal hellfire. As Professor Looser reminds us, however, editors are people—ones who sit at sometimes overcrowded desks rather than at fireplaces, and who do their best to balance the (far too often thankless) job of journal editor with myriad other professional and personal duties.
END_OF_DOCUMENT_TOKEN_TO_BE_REPLACED 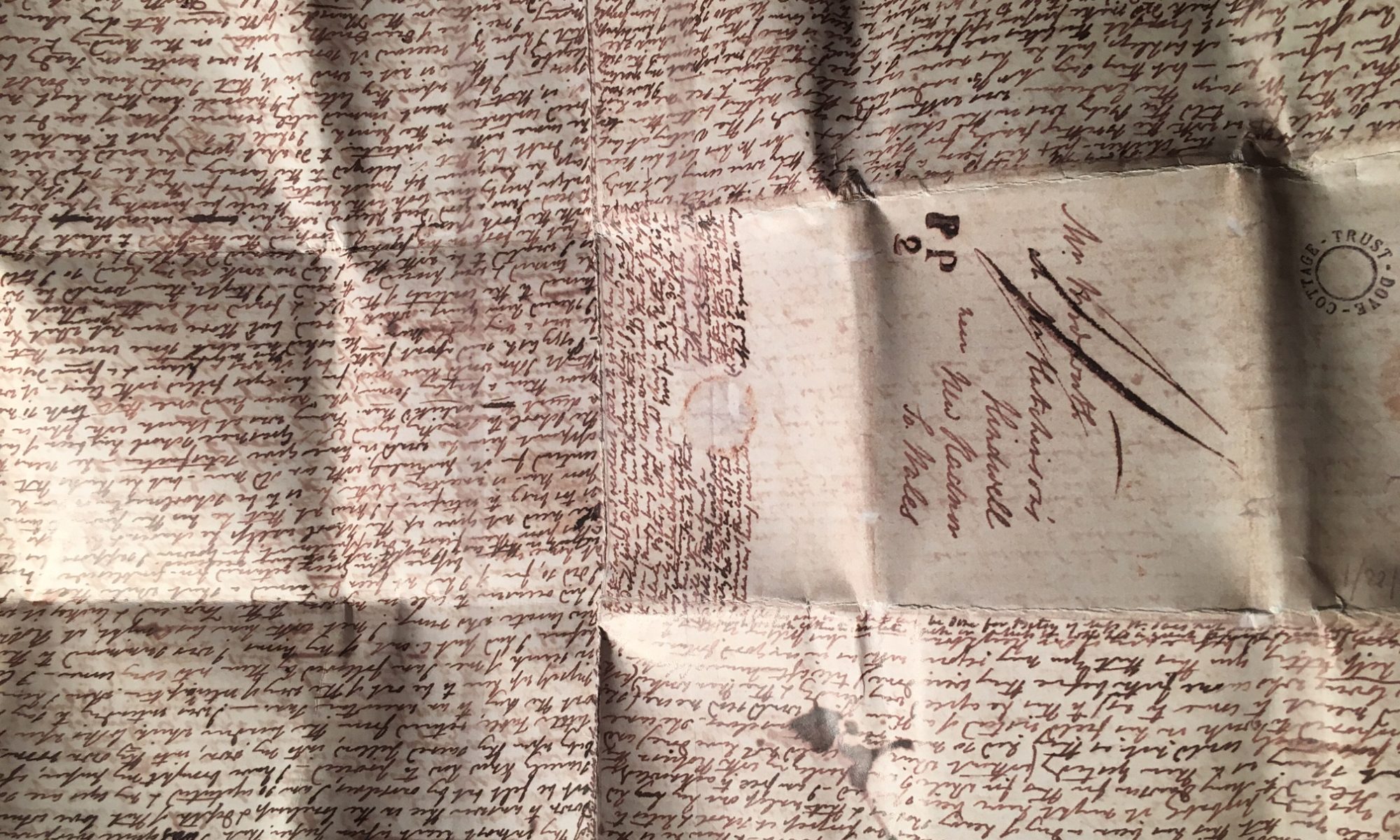 Sunday’s Tweets about NASSR 2016 via Storify
So here we are, at the end of NASSR 2016, with all of us likely traveling across the U.S. and Canada this evening, or on our way across the Atlantic or Pacific, heading back to our home institutions. Hopefully we’re re-invigorated with an exceptional amount of insight, inspiration, and innovation that will carry into our research and teaching over this coming academic year.
For me, today’s panels provided a surprising amount of vim and vigor on this, the final morning of our annual conference. When I imagine the Sunday morning of any conference, I envision a small gaggle of weary academics dragging their feet and their suitcases to the free morning coffee buffet before plopping in their seats to process, with half-closed eyelids, the final papers that our poor presenters must still deliver after the three action-packed days. To my pleasant surprise, however, both rooms were animated, engaged, and quite lively! Here’s some of what I heard…  END_OF_DOCUMENT_TOKEN_TO_BE_REPLACED

Today’s Tweets about #NASSR2016 via Storify

Thanks to the intrepid new managing editor of the NGSC blog Caroline Winter, a new inititative started by the caucus with the NASSR conference at Berkeley will be the fast publication of rapid responses to each day’s events.
Over the course of the week, you’ll be hearing from Deven Parker, Cailey Hall, and Talia Vestri Croan. Though, for day 1, it’s me.
I experienced the start to NASSR2016 as equal parts intense and insightful. The problems of understanding issues of space and time relative to ethics, politics, and aesthetics were central to the sessions I attended. To my mind, nothing made this clearer than Rei Terada in her truly fabulous plenary. Reading Kant, and primarily the Critique of Practical Reason, at a moment I found especially exciting, Terada observed:

Justice itself is an intertemporal problem.

The domain of the just operates at a veritable nexus and conjunction of time, linking past, present, and future. And this was to my mind was the crux of the day: How does a rethinking of time and space contribute to a new way of understanding relations?
END_OF_DOCUMENT_TOKEN_TO_BE_REPLACED 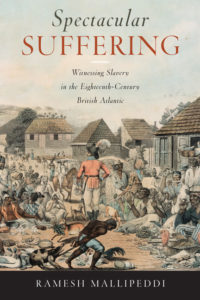 Professor Ramesh Mallipeddi’s course, ‘slavery and eighteenth-century literature,’ which I took a year ago, was an opportunity to consider questions central to slavery studies: What is the role of the critic in relation to the archive of slavery, where there are very few accounts of slave experience written by slaves themselves? Did the affective politics of sympathy actually ameliorate the suffering of slaves or did sentimental rhetoric simply validate the metropolitan observer? What was obscured and what was accomplished in abolitionist efforts to intervene in the slave trade and to reform plantation discipline? What role did slaves themselves play in articulating their losses and mobilizing against the institutions of racial slavery? Professor Mallipeddi tackles these questions among others in his book Spectacular Suffering: Witnessing Slavery in the Eighteenth-Century British Atlantic, which has just come out. END_OF_DOCUMENT_TOKEN_TO_BE_REPLACED

I’ve long been fascinated by two Romantic objects that figure prominently in poetry and prose: the Aeolian harp and the Claude glass. The Aeolian harp is a stringed instrument that is placed in an open window so that the strings vibrate with the wind, sort of like a sideways guitar.

At the climax of the thunderstorm in the alps in  Childe Harold III, Byron/Harold flashes some virtuosic self-aggrandizement:

Could I embody and unbosom now
That which is most within me,—could I wreak
My thoughts upon expression, and thus throw
Soul, heart, mind, passions, feelings, strong or weak,
All that I would have sought, and all I seek,
Bear, know, feel, and yet breathe—into one word,
And that one word were Lightning, I would speak;
But as it is, I live and die unheard,
With a most voiceless thought, sheathing it as a sword. (st. 97)

Byronism was always poised on the brink of self-parody, even if it waited until Don Juan to tumble gleefully over the edge. Here the verse inflates a Wordsworthian sense of psychic geography to alpine magnitude. Yet at its climax, the stanza dismisses the expressive power of its own vehicle—language. Wordsworth, predictably, was not amused by Childe Harold. He held the younger poet’s newfound reverence for nature an affectation, “assumed rather than natural,” and accused Byron of “poaching on my Manor” (3:394). The remark performs a fascinating inversion since, as Tilar Mazzeo notes, “the professional Wordsworth casts himself as the lord of the literary estate and charges the aristocratic Byron with crass appropriations that are figuratively beyond the pale” (144). Beyond the pale is right: poaching had been codified a hanging offense since the Black Act of 1723, which became both model and synecdoche for a “golden and sanguine” legal code that deemed nearly every offense against property a capital crime.
Byron tried to exculpate himself by claiming that Percy Shelley had “dosed him with Wordsworth physic even to nausea” (Medwin 237). In this spirit, let us consider Canto III’s thunderstorm episode a Wordsworth-induced fever that ends in purgation. Byron/Harold begins this “classic piece of rodomontade” (Hodgson 379) by wishing he could “embody” and “unbosom” what lies within him. Even in the prefixes, these verbs do the work of synthesizing and then negating—the former a making and reifying, the latter an unloading, a jettisoning. These nearly contradictory transformations operate on “That which is most within me,” which is then detailed in a parenthetical inventory that ends up spilling out over five lines. This messy catalogue of the interior—thoughts, feelings, desires plus their objects—might seem random and spontaneous, but it lands squarely and deftly within the meter, such that it can be gathered “into one word.”
END_OF_DOCUMENT_TOKEN_TO_BE_REPLACED