I was lucky enough, during one of the few trips I made into London from the West Country via rail, to catch a musical performance of Coleridge’s Rime of the Ancient Mariner by the Trad Academy Sea Shanty Choir at historic Wilton’s Music Hall. The show was at 7:30 pm on 15 July, a Saturday; and because the last train back to Templecombe would leave Waterloo Station at precisely 9:20, I had to find lodgings in London for that night or risk getting “locked out” and, possibly, forced to pay through the nose for a few restless hours in a room that didn’t fit into my budget (this had happened once before, but is a story for a different day). I booked a room for that night in a nearby Chamberlain’s (the pub chain) hotel about a ten minute walk from the music hall. I showed up there several hours early, ate fish and chips, requested “iced tea” as my complimentary beverage (to the utter dismay of the bartender), climbed the five flights of stairs to my room (for the lift was broken), and took a nap. After the 140-minute train ride in, and another two hour walk from the station (I refused to pay for a cab), I knew that I needed to sleep or I would be unable to savor the coming performance.
END_OF_DOCUMENT_TOKEN_TO_BE_REPLACED

In October, I found myself facing a new problem in the interpretation of music, with broader implications for the engagement and understanding of the arts generally. It has taken this long to begin to work it out. Then, I saw the contemporary indie electronica group ODESZA. The show was amazing. Yet, it yielded a profound sense of vertigo, the kind we all sense, and become been sensitized to, in romantic poetry. How do we contend with art when the aesthetic object–traditionally understood–radically recedes from view?
END_OF_DOCUMENT_TOKEN_TO_BE_REPLACED

I’ve long been fascinated by two Romantic objects that figure prominently in poetry and prose: the Aeolian harp and the Claude glass. The Aeolian harp is a stringed instrument that is placed in an open window so that the strings vibrate with the wind, sort of like a sideways guitar.

As fall returns, so does my teaching voice. I don’t talk much during the summer. In its disuse, my voice grows soft and listless. Speaking becomes slightly—just slightly, just at moments—unintuitive. The first words out of my mouth each morning make my body feel like a chance habitation, an improbable accident that naturalizes itself over the course of the day. The intuition at the core of this dissociation is probably accurate, except that it implies I’m somehow distinct from my body, somehow less of an accident than my body.
END_OF_DOCUMENT_TOKEN_TO_BE_REPLACED

In this post, I have the very great pleasure of interviewing the contemporary composer Ben Scheer about his new artistic production.  Ben, who studies composition and violin at the Eastman School of Music, has just written and released a new work for voice and piano based on William Blake’s poem “A Poison Tree,” from the Songs of Experience (1794). A recording of the piece, which features the soprano Rebecca Herlich and the pianist Forrest Moody, is available on Soundcloud here. Ben answers my questions about his contemporary setting of Blake’s poem after the jump. 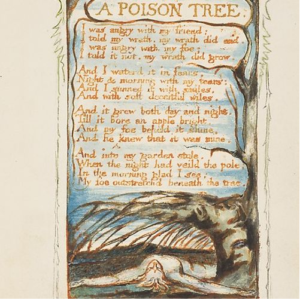 END_OF_DOCUMENT_TOKEN_TO_BE_REPLACED

Last night, I performed five of Lord Byron and Isaac Nathan’s collaborative work of music and poetry, the Hebrew Melodies (1815), with the lovely and talented soprano Catherine Hancock at a private home in New York City. This was the New York premiere of Byron’s songs: there’s no record of the Hebrew Melodies being performed in American nineteenth-century periodicals, and although the musical settings were popular in the early decades of the nineteenth-century, the score was out of print from the 1850s until 1988, when Paul Douglass and Frederick Burwick produced a scholarly edition to coincide with the bicentennial of Byron’s birth. So, though we were working with music that was exactly 200 years old, the material was very new for our listeners. Theodor Adorno once said that the second-generation Romantics were “the locum tenentes of nonexistant great English composers.” But what was the music that was being written and played during English Romanticism? Our concert sought an answer to this question. END_OF_DOCUMENT_TOKEN_TO_BE_REPLACED

Methinks it should have been impossible

Not to love all things in a world so filled,

Where the breeze warbles, and the mute still air

Is Music slumbering on its instrument.

As I read Samuel Taylor Coleridge’s conversation poems for the first time, in particular ‘The Eolian Harp,’ ‘The Nightingale,’ and ‘Frost at Midnight,’ the frequent pairing of nature and music struck me as intriguing. Throughout these poems, Coleridge examines the relationship between the organic world and musical sounds, and uses music to further illustrate and explain the composition of natural scenes. END_OF_DOCUMENT_TOKEN_TO_BE_REPLACED

By Andrew Welch
I’ve a problem I suspect is endemic to academia: the hopeless, near-pathological attraction to disciplines, fields, discourses, and texts I can’t understand, and likely never will. Is there a name for this malady? The worst part is that once a once-opaque knowledge begins to make sense, it loses its mystique. Perhaps this condition would be more tolerable if it didn’t so closely resemble the delusion of chivalric romance—or, for that matter, the troubled frisson of orientalism. I know that I know an understanding is just a calcified and stable misunderstanding. Whatever I think I know, I don’t. And any knowing is always dissolvable and resolvable. But once knowledge starts to feel understood—however poorly—something changes. It no longer exists out there, as something mysterious and opaque: it’s now in here, joined to my conceptual armature. Once appropriated, a concept becomes part of the machinery of appropriation. END_OF_DOCUMENT_TOKEN_TO_BE_REPLACED 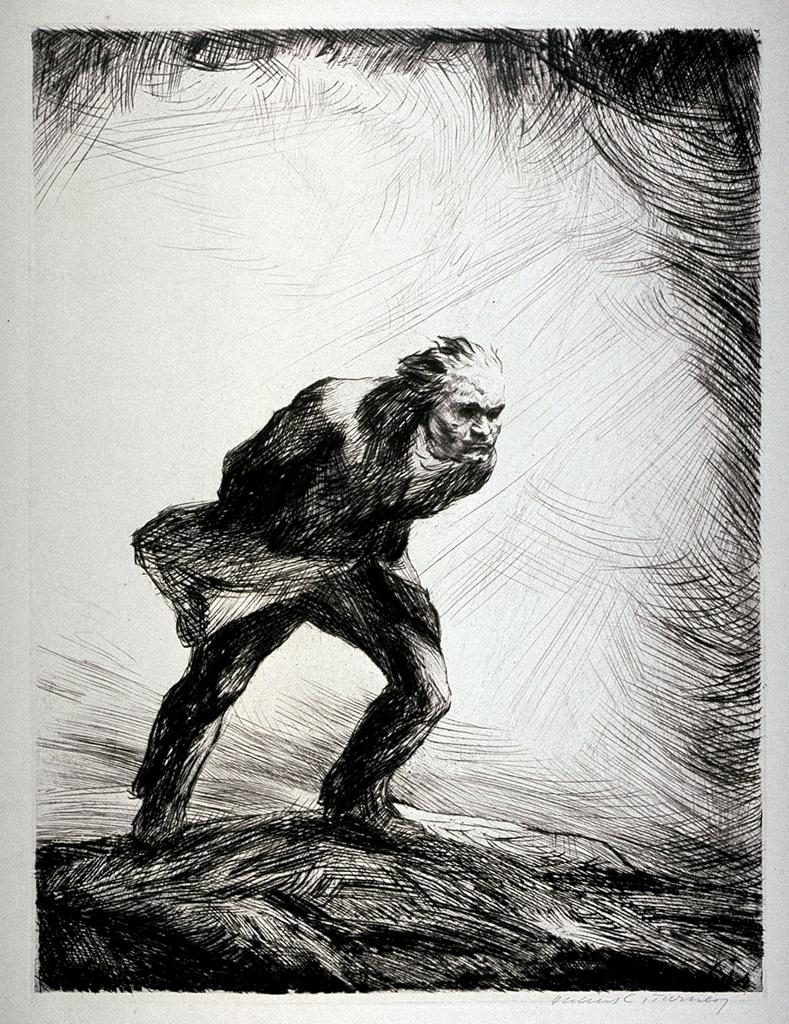 This summer’s been a contemplative one for me. Packing up and moving to a new city to start my second program in two years has been cause for self-reflection. Such is the nature of moving right on from the M.A. to the Ph.D. (now ‘repping Northwestern, exchanging the #B1GCats for the Oregon #GoDucks). Recently, a thought provoking listen to NPR’s All Songs Considered–in line with some work I’m doing on music for my ICR paper–catalyzed a key moment of self-realization. I began to think back to how my trajectory into Romantic studies was, in fact, launched through music. It’s a great episode, so I highly recommend checking it out (http://www.npr.org/2012/09/04/160431581/the-most-important-band-of-your-college-years).
Broadly, in this post, I look to sort through some issues of scholarly development in dialogue with a close reading of the alternative artist Brand New’s song “The Quiet Things That No One Ever Knows.” Importantly, though, I hope to generate some comments that look to different points of departure into the field. It was music for me. Was it music for you? Or was it something visual, literary, or a different medium or some other circumstance entirely?
As already mentioned, the discussion on this episode of All Songs Considered reminded me of how my own intellectual interests were formed. It also alerted me to a function of contemporary music in line with Romantic poetics. Notably, the last person featured in the program discusses the way the group Fun. speaks to her in a language that she simultaneously knows while opening her up to new experiences in fresh ways. The music, for her, is a means to think through and habitually fall “blissfully in love with her life”–as she I think so profoundly puts it. At the core of it, for this person, listening to Fun. generates a headspace that forges a comforting emotional connection between band and listener that parallels what Coleridge famously describes as the defamiliarizing functionality of poetry in Chapter 14 of the Biographia. Poetry shatters what he describes as “the film of familiarity” whereby “we have eyes yet see not, ears that hear not, and hearts that neither feel nor understand.” Music, like poetry and art, can manifest a medium through which to clarify a sense of self-identity and  perception of one’s relation to the world. Granted, this is always historically situated, but nevertheless potentially purposeful.


I can’t help but think. Isn’t this precisely what is operative in Romantic art, both literary and visual? For me, in this respect, it was coming of age in the early- to mid-2000s that engendered a sense of the satisfaction of exploring emotionality in an intellectually charged way. The group Brand New, who’ve been charged by various critics and listeners as “the American Radiohead,” did this for me. Music in the period, generally, but Brand New, specifically, captured a deeply felt affective intensity. To my mind, Brand New’s sophomore effort Deja Entendu (2003) expanded artistic vocabularies of musical expression in especially important ways. It brought new influences into play that went beyond mere musical predecessors. I recall being particularly struck by the allusion to Picasso’s painting Guernica in the title of one of the songs–thereby connecting the psychological tumult of the track to the chaotic aesthetic underpinning the famous Picasso canvas. Deja was a record that directed the listener beyond itself in extraordinary ways.
Centrally, to explore a concrete example, the artistic self-consciousness of singer/songwriter Jesse Lacey’s lyricism is what catapults Brand New’s art into a rich interspace between music and textuality (See: “The Quiet Things That No One Ever Knows” from Brand New’s VEVO page on YouTube). Now, as when I heard the song for the very first time, the opening verse strikes me: “We saw the western coast / I saw the hospital / Nurse the shoreline like a wound / Reports of lovers tryst / Were neither clear nor descript / We kept it safe and slow / The quiet things that no one ever knows.” Initially, I was immediately drawn to my sense of Lacey’s unusual diction. The rhyme between “tryst” and “descript” elevated lyrical content beyond what I knew to be everyday language. The “western coast” signifies melancholy emotions, intersecting the direction in which the sun sets. The speaker’s woundedness is underscored both by seeing “the hospital” and the metaphorical turn towards “nurs[ing] the shoreline like a wound.” What I found to be Lacey’s brilliant poetry sparked an ember of interest in me for the literary.
Now, “deconstructionist me” can quite clearly see the intersections between all of this and the forms of Romantic literary and visual culture we’ve all come to know and love. In Lacey’s song, the “reports” the speaker alludes to are positioned in an impossible breach, being “neither clear nor descript.” The song therefore confronts the impossibility of resolution in the face of an intense set of emotions: specifically, an emotional knot between loss and a projected wedding day wrought with boredom. In doing so, it generates a polarity between description and clarity that’s impossible to resolve. Such an aporiaic play in Lacey’s lyrics accords well with tropes in Romantic art and literature, as I’ve realized in my graduate studies in both Art History and English at Oregon.
In any event, in looking at the present, I may have seen too much in the past. There may even be some over-intellectualizing going on. I’m not sure. Also, and perhaps mercifully, my tastes have certainly since evolved. However, it’s been interesting to see how past engagements inform present interests. In closing, I’d definitely love to hear from you all what experiences from the past connect to the work you’re doing in the present.